5 UNESCO World Heritage Sites in India to tick off your Bucket List! 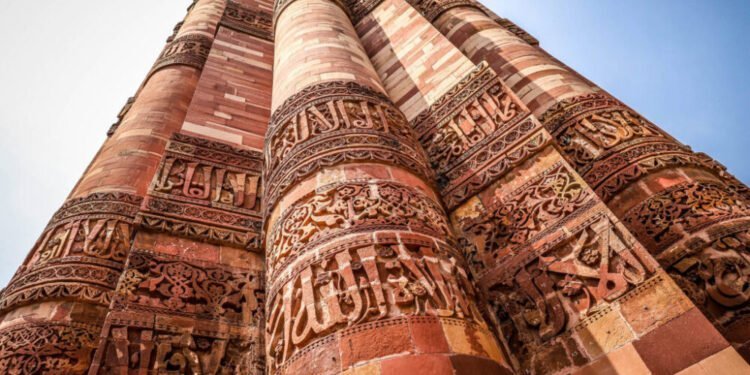 Since we are in the middle of World Heritage Week, let’s take a look at why do we celebrate it annually. The main reason behind it is to raise awareness of the rich heritage comprising varied traditions, cultures of different countries and to strive for preservation. So every year in India, it is celebrated from November 19th to November 25th.

There are many things that go into our ‘India travel’ bucket list. But not many of us are aware that some of the most familiar places and sights are also examples of timeless architectural expressions, proof of human endurance, or part of our delicate ecological balance, qualities which have won them a place on UNESCO’s world heritage list. Here is our list of five such features.

The Churches and Convents of Goa

Every student has at least for once planned to go on a trip to Goa with their mates. Apart from the majestic beaches, the Church of Bom Jesus in Old Goa where the mortal remains of St Francis Xavier lie have been a major tourist attraction spot. Interestingly the casket (encasing the glass box with the body), built by Goan craftsmen in the mid-17th century, is considered a rare work of art, blending Indian and Italian styles.

Old Goa or Velha Goa, the former capital of the Portuguese possessions in India, with its churches and convents, have now been put under the umbrella of UNESCO’s world heritage sites. So instead of just taking selfies near the waterfront, do spend time exploring them, learning about their architectural style, the artefacts within, and their history.

Together, the monuments are examples of Manueline, Mannerist and Baroque art, and served as inspirations for other Asian countries, according to the UNESCO citation. Apart from the Basilica of Bom Jesus, other monuments include The Church of Our Lady of the Rosary, the oldest church of Old Goa, Se Cathedral, Church of St Francis of Assisi, ruins of the Church of St Augustine, St. Cajetan Church, also known as the Church of Divine Providence, said to be designed after St Peter’s Basilica in Vatican City, etc.

Have you traveled to the mountains to experience India’s scenic beauty and that too via railways? Looking at the hills while train running on the narrow rails, huffing and puffing up the steep gradients, taking sharp bends, going in loops, trundling across bridges, or chugging through dark tunnels, you may wonder if they have come out straight from a kid’s toy box. The perks it presents is that you are able to see – green hills, mountain springs, quaint stations, even people and their homes – unspooling itself outside your window in slow motion. If you have not traveled on these trains, it’s about time to add it to your bucket list.

Traveling by these slow trains not only serves as a serene experience but it also provides a chance to touch history. The first railways in India (and second in the world) to make it to the UNESCO list was the Darjeeling Himalayan Railway or the ‘Toy Train’ as it is popularly known. Later, the Kalka Shimla Railway and the Nilgiri Mountain Railway were added to the list. These railways, built in the mid-19th century to early 20th century, are not only operating since then but also a testimony to the use of the latest technologies to lay the tracks across difficult terrain and steep gradients, building bridges and tunnels, and the tremendous effort put in by engineers and laborers to complete the work.

Most people associate the green expanse of the Oval Maidan, near Mumbai’s Churchgate Railway Station, with sporting activities. But also it serves as one of the best places to observe the city’s urban architectural legacy which developed over the span of a century. To the east lies an ensemble of Victorian Gothic buildings from the 19th century (the Maidan was also built during this period) and to the west lies a collection of Art Deco buildings dating back to the 20th century (when the Marine Drive was also built.)

Most of the Art Deco buildings, which also drew inspiration from Indian elements, consisted of residential apartments, cinema halls, etc. According to the UNESCO citation, this blending of ‘Indian design with Art Deco imagery created a unique style called Indo Deco’. Examples include old apartment buildings along the Marine Drive, Regal Cinema, etc.

India’s only complete and unchanged pre-Mughal Islamic city, the little-known architectural gem of Champaner lies about 55km by road from Vadodara in Gujarat. Cited as a ‘living cultural heritage’, the archaeological park is spread across the twin towns of Champaner and Pavagadh, located about five km apart from each other.

One of the crucial aspects that earned the region its World Heritage Site status is the perfect blend of Hindu-Muslim architecture that is sighted in many of the buildings. The Great Mosque (Jami Masjid) is said to have served as a model representation for the later mosque architecture in India. Both towns consist of several Jain temples, mostly belonging to the Digambar sect. Some of the other attractions include prehistoric (chalcolithic) sites, a hill fortress of an early Hindu capital, ruins of fortifications, palaces, religious buildings, residential precincts, agricultural structures, and water installations, from the 8th to 14th centuries.

Running parallel to the western coast of India, for nearly 1600 km, the Western Ghat or the Sahyadri mountain range is older than the Himalayas. It is one of the eight hot spots of biological diversity in the world, largely owing to its endemicity. The kind of flora and fauna found here are so rare that it is not found anywhere else around the globe. According to the UNESCO citation, at least 325 globally threatened (IUCN Red Data List) species occur in the Western Ghats.

Starting from a point south of the Tapti River in Gujarat, it passes through Maharashtra, Goa, Karnataka, and Kerala before terminating at Marunthuvazh Malai in Tamil Nadu. Of the 39 sites which have been inscribed as part of the Western Ghats World Heritage Site, some of the popular attractions include the Kas Pathar of Maharashtra, Thattekad Bird Sanctuary of Kerala, Nilgiri Biosphere Reserve of Tamil Nadu, Nagarhole National Park of Karnataka, etc.

Follow our Lifestyle section to remain updated on the latest Travel Stuff.

Prashar Lake: Door to paradise at the foothills of Himachal Pradesh