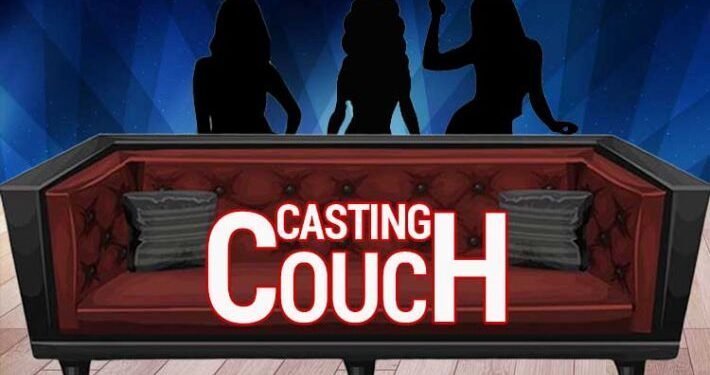 Despite the fact that how much people adore discussing and uncovering the happenings from poles to horizons, there is still an abundance of those who selectively find and pick issues that are worth speaking for according to them. Yes! One such mirage is an image of a big box and office organisation that is often thrust aside by not only the ones working for and under it but also you and I who are trained to either accept it’s dark side or not see beyond the end of our nose because we have better things to invest our focus on. Right? Should the question be raised on why casting couch is considered as a gloomy part of this big box or rather the reason why we tend to neglect it anyway?

“I was asked, would you be okay to sleep with that person?” Andhadhun actress, Radhika Apte told in one the interviews.

Is Talent The Only Thing Considered?

Every year fresh faces with million hopes head towards the “city of dreams” in order to live their own. World of Bollywood is always appreciated and counted on level-A with talents and gifts that people bring with themselves and climb the staircase of fame and money with their hard work and dedication but is that all? Is determination the only key to these doors? Or one has to march that ‘extra effort’ for it?

“He claimed he had a part for me and then asked me to lift my top,” told Malhaar Rathod, upcoming actress to AFP in Mumbai. The fact that is as horrendous as this entire working is, that it’s still not categorised completely under sexual harassment or exploitation. Wikipedia calls casting couch a “euphemism” but giving a subtle name to it would suffice its disservice reality? A commerce that first gulped the minds of the people on the chair and then later reflected upon this “trade of favours” through their actions is what casting the couch is all about.

From Physical Couches While Casting In The Office To A Metonym

In The Atlantic, an American lifestyle magazine, a linguist, Ben Zimmer, defines casting couch as “a metonym for the skewed sexual politics of show business.” Human nature is confined to one of the aspects of a give-and-take relationship and by any means, one tends to fit into the bubble of their own wants and needs. It is often seen that people who have worked harder and stuck their feet to the chair of power or position exploit the newcomers or people who would provide for their gross urges more than they will take with themselves. Not too far from it is, Bollywood, a business where fresh talents have to pay more in return than what they have got their own hands-on because of these movie mafias. It was surveyed by a coalition of US groups that 850 women in the film industry have reported some form of sexual misconduct. Correlation with the Bollywood, stamped by a journalist of Forbes quoting “it’s not just Hollywood, there are Harvey Weinsteins all over Bollywood too.” There have been uncountable cases where actresses have been abused and asked for sexual favours in return for the role they have been promised. Actors are no exception to these filthy deals. Aftab Khan, Ranveer Singh, Ashish Bisht are a few names to the list. In a sting operation, 2005, it was found out that actor Shakti Kapoor and Television face, Aman Verma was caught promising work to some of the struggling models in return of sexual favours. Actor, Ayushman Khurana quotes “casting couch is a reality of the tinsel town.” The fact that it is considered negligible is because of the image that comes along with the face in Bollywood. “To think that even the most powerful female actors chose to keep silent on the matter for decades is a reflection of how women, however successful they maybe don’t feel safe addressing sexual harassment.” Vidya Balan told while speaking about the gloomy side of this corporation. Where everybody is striving to be at the top, these deals that are way distanced from the modesty and sacred illusion that Bollywood holds and maintains in front of a normal eye, people working for the position either learn to ignore or in order to quench their thirst, forget and don’t mention it.

In a world where one’s right is something people have their chants always ready for, what does it take to stand up against this filthy give and take traffic? What should an upcoming talent try to make themselves understand it all with before taking a route to this field? Well, “You have to decide what your highest priorities are and have the courage pleasantly, smilingly, and non-apologetically – to say no to other things. And the way to do that is by having a bigger yes burning inside.” Stephen Covey quotes. A Television artist and actor, Rajeev Khandelwal says “casting couch is not rape. The one who gives in is equally responsible.” Another actor, award winner, Ayushman Khurana says “I have been through that (casting couch) initially when I was part of the industry. I was a TV anchor, so a casting director directly told me that I would have to do it. So, I told him that if I was not straight, I might have given it a thought, but I can’t do it. So yeah, the casting couch exists, but eventually, it’s your talent or potential as an actor or performer which would last. You don’t need to give in to such stuff.”  Society teaches us to say NO to something that we don’t find comfort in but at the same time, it teaches a lot more about speaking against it and standing for people who suffer because of it. It’s a human right and duty hand in hand. It isn’t just about accepting the dark sides and preaching the light ones. Outrage shouldn’t be selective and one should understand the importance of speaking up for something they aren’t comfortable in for somebody who’s actually facing it. Do you think acceptance is the only key one uses to unlock their own fates or should there be more to the lock?

5 Ways To Become More Tolerant On International Day Of Tolerance