What’s upcoming in 2021 in Bollywood? 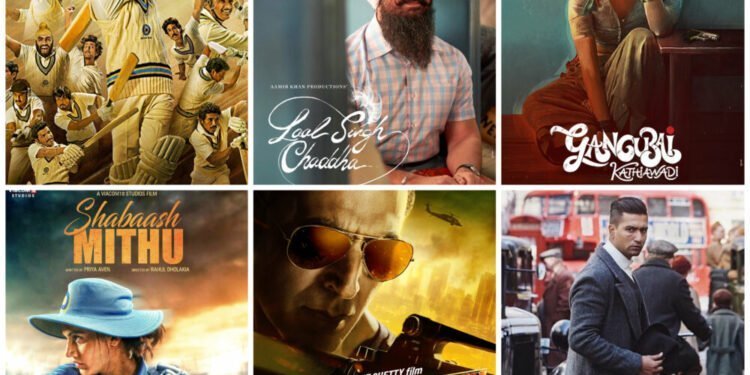 No more starting sentences with 2020. Finally. But has anything really changed? Apart from us messing up in writing dates, nothing really seems different. The fact that perhaps the most cursed year in the history of humanity has ended, feels a little unreal. It will take time to settle in. And while it does we will continue binging the leftover content across all OTT platforms. With ‘Netflix and lounge’ becoming the routine, cinemas feel alien now. Although Bollywood shoots have already begun, when will we go back to cinemas still remains an unanswered question.

However, what has been brought to our knowledge is that Indian Cinema has a lot in store for us this year. Names of quite a number of star-studded movies have been making rounds recently. New looks are surfacing on social media frequently. As for how will the movies be released is still a matter of discussion for the creators. By the hopes of people, if things turn out well this year, creators would like to go for the big screen bringing back the community experience of enjoying cinema together. But if things go downhill, which we hope doesn’t, OTT will be the saviour yet again. Whatever the case may be, some very refreshing content awaits.

Here is a list of movies we are looking forward to in 2021:

Here are some more movies which are set to release in 2021 but haven’t announced their release dates yet:

Other films that have been making rounds in the news are:

Although it is not confirmed as to when these Bollywood movies will release, they are expected to come out in 2021.