Upcoming Korean Dramas In The Year 2021 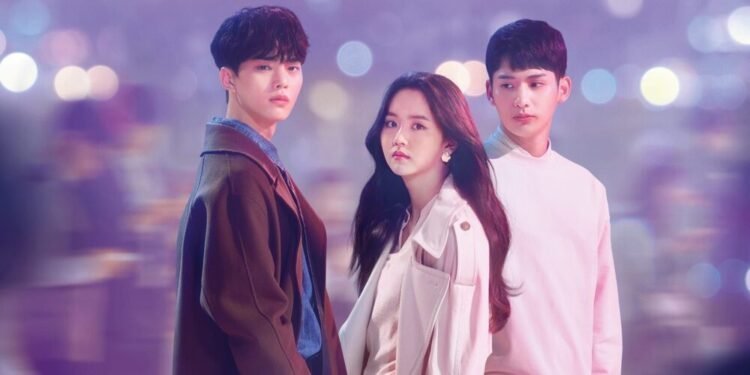 Korean entertainment has become popular for a couple of years now among the Indians be it for the K-pop or K-dramas. Along with Korean food, Korean dramas are part of Korean culture and are widely watched. 2020 was a great year for K-dramas. We had some amazing shows like Crash landing on you and Record Of Youth. This year too has some amazing K-dramas in store for us.

The story is based on a popular Web novel by Elizeu that was published in 2017 and also have a webtoon of the same name. It is an office romance comedy. RoWoon and Won JinAh are the lead of the drama. JinAh is acting as the marketer for the cosmetic brand who have dreams of launching her own brand. We get our story when RoWoon as a newbie join her workplace.

The star-studded drama Snowdrop has Jung Hae-in and Blackpink’s Jisoo as a lead. The drama is set in the year 1987 in Seoul, South Korea. This melodrama trails the lives of Im Soo Ho and Eun Young Cho. Soo Ho is found in Girl’s dormitory in blood and is rescued by Young Cho and the two become friends.

All Of Us Are Dead is a Netflix series based on a webtoon with the name ‘Now At Our School’. It is set in the middle of zombie Apocalypse where the students face extreme crises when they are trapped in their school building.

The Netflix Original series is a Sci-fi mystery thriller starring Bae Doona, Hong Yoo and Lee Joon. It is based on the 2014 film ‘The Sea Of Tranquility’. The story is of a group of soldiers for a space agency who are sent to the moon to retrieve a mysterious sample that would save the Earth.

Youth is the journey of growing up of 7 boys. It is set in a BTS world. Although the names are of the BTS members it follows the fictional narratives of the seven boys while growing up together.

Netflix is to create a Korean adaptation of Famous Spanish language action-thriller Money Heist. Kim Hong-sun will be directing the Korean version. The cast is not yet finalised but the show is expected to release by the middle of 2021.

After the first season, the fans are eagerly waiting for the second season of Love Alarm which was set to hit the screens in 2020 but due to pandemic, it got postponed. The story centres around three teenagers Hwang Sun-Oh, Hye-Yeong and Kim Jojo. The drama is a treat for romantic drama lovers.

It is based on the 2010 novel of the name ‘Princess Pyeonggang’. It is a historic drama starring Kim So-Hyun, Ji Soo, Lee Hoon and Choi Yu Hwa as lead characters. It is fusion historical Romance that traverses the story between Pyeeonggang and On Dal, who are characters in a classic Goguryeo.

FRIENDS Cast Net Worth: Who’s The Richest actor among all 6 of them??

10 reasons why you should NEVER visit Northeast India