Is Anyone Asking Vidyut About His Experience Of Working With Me?: Khuda Haafiz Actress Shivaleeka Oberoi 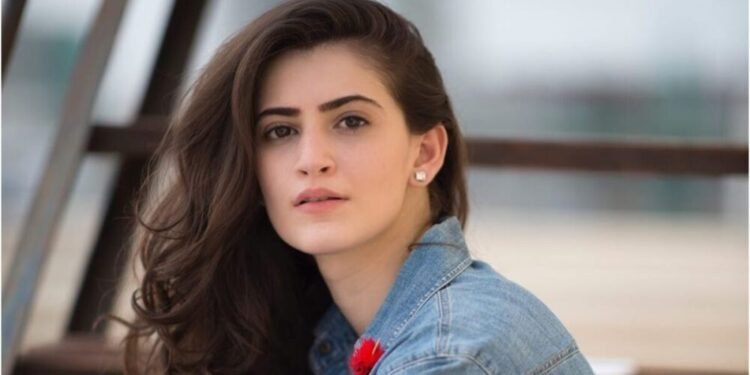 Actress Shivaleeka Oberoi who was last seen playing the role opposite to the actor Vidyut Jamwal started her career in the B-Town as an Assistant Director in 2014 with movies like Kick (2014) and Housefull 3 (2016) before Yeh Saali Aashiqui was offered to her in 2019 in which she played a lead role as a debutant. In an interview with Hindustan Times, she has openly admitted that an industry despite being laced with glamour and glitter works on favoritism not by the B-towns celebs and the directors but by the critics this time who are behind the camera asking questions. Even after the acceptance in the industry, an actor still feels an outsider because of the questions so vague are put to him or her by the audience.

Shivaleeka went critical and revealed how she feels when despite everyone’s collective work in the film, “Khuda Haafiz” is identified as only Vidyut’s film because he is old to this industry and the story revolves around him. She went on to say that post-release she was flooded with questions about her experience working with such a talented star which is fine but is the same question being asked to Vidyut as well or just her because she is a newcomer.

“Vidyut as(Jammwal) is a bigger star, so Khuda Haafiz being identified as his film is alright for me, as the story revolves around his journey. But the film is all about teamwork. You can’t show everything in the trailer. But even after watching the film, I don’t understand why aren’t the perspective-changing. Before the release of Khuda Haafiz, everyone was asking me how has been the experience of working with Vidyut, and as I’ve been saying it was amazing, and in fact, we become good friends. But is anyone asking Vidyut about his experience of working with me?” She said in an interview with the Hindustan Times

“Much like any outsiders, my journey too wasn’t easy… Forget getting shortlisted, many times my auditions didn’t reach the directors and producers. And I came to know much later. You wake up almost every day thinking what next. This uncertainty also affects your mental peace. My parents always motivated me to the extent that they told me to continue with my education and trying something else.” she further adds.

The thing that she mentioned, in the end, was that there’s everyone talking about giving chance to new talent but it doesn’t seem so. “Vidyut has a huge fan following, and people will watch the film there’s no denying to that. But when he was so supportive and so was our director Faruk sir (Faruk Kabir) I don’t understand why does it take time for others to accept the newcomers?” she stated.