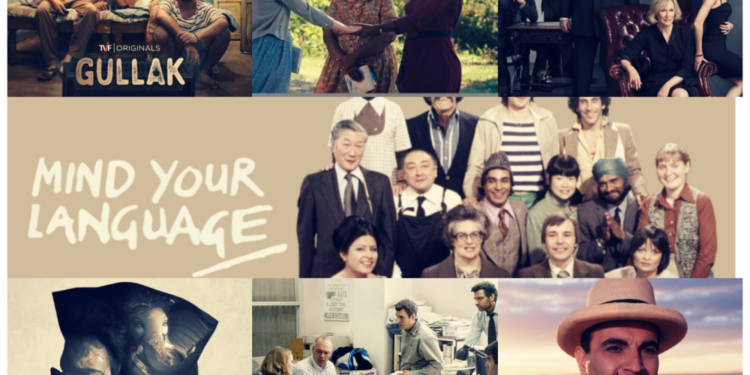 Are you finished watching Scam 1992 on Sony Liv? I am sure you loved it, right? But are you now confused as to what to do with Song Liv’s subscription? Worry not! Try watching other variety of movies and TV shows on Sony Liv and to help you with that, we have prepared a list of engaging content available on the app. So that you can start binge watching right away.

Sam Mendes directional 1917 starring George McKay and Dean-Charles Chapman is the first on our list. This movie transports us into the horrors of war and leaves us there for two hours. The plot revolves around two British Soldiers who must carry a message by diving into the enemy lines for 1600 people. It traces their journey into obstacles and unpredictability.

TVF’s five-episode series Gullak is all about squabbling family in North Indian Town. Directed by Amrit Rajamouli, it stars Geetanjali Kulkarni, Jameel Khan, Vaibhav Raj Gupta and Harsh Mayar. It is a disarming and happening tale of Mishra Family.

This Tate Taylor film, The Help is based on Kathryn Stockett’s 2009 novel of the same name. The movie questions the society of 60s Mississippi through a journalist who documents the racial abuse inflicted on the black maids who work for white families. It is a story of three extra ordinary women who developes an unlikely friendship and question the societal taboos of the 60s Mississippi.

Damages is a five-season American legal thriller series where Glenn Close plays Patty Hewes, a trial lawyer in New York City mentoring a law school graduate Rose Byrne. This series is not just courtroom melodrama but gives its share of thrill and suspense in the process of plot. Glenn Close is one such of a machiavellian woman, a person whose actual reasoning cannot be understood.

In Todd Haynes’ Drama Mark Ruffalo plays an Ohio attorney against a big corporation that contaminate the town with chemicals. This legal thriller is inspired by the true story of Robert Billot. The show restores the journalist genre around ourselves and the conspiracies that are truly happening around us.

Played by David Suchet this British mystery drama, Hercule Poirot is based on the book of Agatha Christie that feature Hercule Poirot. The series runs up to 70 shows as Hercule Poirot solves the cases in his style.

Written and directed by Devashish Makhija, the film stars Manoj Bajpayee as a retired policeman diagnosed with stage four tumour who distances himself from others and is a mere observer until things take a turn.

The sitcom directed by Stuart Allen is humour-filled, witty and sharp. It is about an English teacher who is hired to teach language to Motley crew of foreign exchange students and that’s when all break into laughter and chaos.

It is a Tom McCarthy film based on true events and the cast include Rachel McAdams, Mark Ruffalo and Michael Keaton. The film is about a group of journalists working on claims of child sexual abuse by Catholic priests in the area and the revelation of devastating truth.

It is a 12 episode musical drama starring Jane Levy as a computer programmer. Zoey has the ability to hear people’s innermost desires if they were songs. The musicals, the singing and the dancing, the characters’ emotional bonds will all give a happy end to the year. I think that’s what the doctor said ‘ending the year on a happy note’ .

After seven decades of Independence, A remote village in Ladakh gets electrified

Know Which Celebrities Are In Support Of The Farmers’ Protest

Know Which Celebrities Are In Support Of The Farmers’ Protest