by Sheeza
in Buzz, Listicles
0 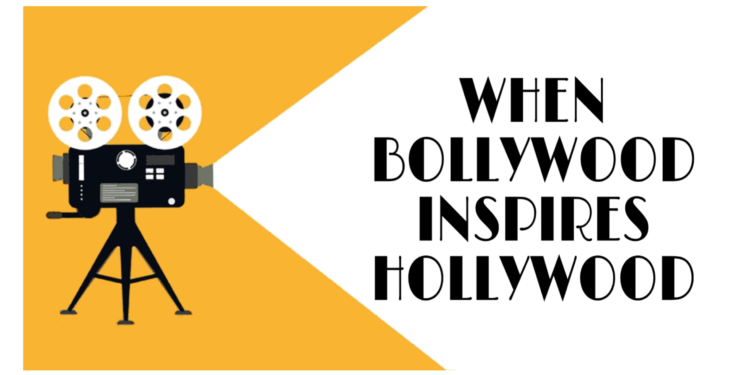 Hollywood and Bollywood are two grossly praised film industries. There has always been great a buzz about Bollywood remakes of Hollywood creations. You can get a long list of titles. But today, TSA is proud to bring you some of the Hollywood movies which were inspired by our Bollywood films.

‘A Wednesday’ by Neeraj Panday is an amazing portrayal of the agony of a common man related to terrorism and it’s handling. This masterpiece was recreated in Hollywood by the name ‘A common man’. Naseeruddin Shah’s role in “A Wednesday” was played by Ben Kingsley in “A Common Man” in an equally praiseworthy way.

Shoojit Sircar’s 2012 Rom-Com ‘Vicky Donor’ of Ayushman Khurana and Yami Gautam was a hit at the box office and received critics’ appreciation as well. The story revolves around the concept of sperm donation and infertility within a Bengali-Punjabi household. The movie seems to have inspired Hollywood’s 2013 movie ‘Delivery man’ by Ken Scott, starring Vince Vaughn and Cobie Smulders in the lead role.

‘Maine Pyaar Kyun Kiya’ is a 2005 Rom-Com by David Dhawan. The movie starred Salman Khan, Katrina Kaif and Sushmita Sen in lead roles. Dennis Dugan’s 2011 film ‘Just go with it’ starring Adam Sandler and Jennifer Aniston can be called a remake of the same because of the similar plot both movies share.

Bollywood movie ‘Darr’ is a romance thriller directed and produced by legendary Yash Chopra. This movie was remade in Hollywood as ‘Fear’ directed by James Foley. The very obvious similarities can be easily seen between the names of both the movies. Both of them portray the story of a girl’s dream turning into a nightmare when she meets the dark side of her lover and his affection turning into a horrible obsession.

Another Hindi Rom-Com ‘Jab we met’ by Imitiaz Ali can claim to inspire Anand Tucker’s Hollywood movie by the name “Leap Year”. The movies showcase the life of a happy go lucky girl, her experiences and the forthcoming changes in her personal life.

Ram Gopal Verma’s ‘Rangeela’ starring Amir Khan and Urmila Matondkar appears to have inspired Hollywood movie ‘Win a Date with Tad Hamilton’ directed by Robert Luketic. Both movies are based on a girl with big dreams and the love triangle that is formed later between the girl, a male celebrity and a girl’s best friend.

‘Choti si baat’ directed by Basu Chatterjee seems to have inspired Hollywood movie ‘Hitch’ by Andy Tennant starring Will Smith. The plot revolves around a guy who fails to impress a girl and ends up taking help from a guy who makes it his profession to help people who deal with similar problems.

Though ‘something borrowed’ is said to be an adaptation of Emily Giffin’s novel by the same name. You can clearly see the similarities of the movie with Yash Chopra directed ‘Mujse Dosti Karoge’ which was released years before it. A love triangle where two BFFs one very lively and chatty another barely social fall in love with the same man.

Robert Aldrich’s 1967 movie ‘The Dirty Dozen’ is believed to be based on V. Santaram’s plot of 12 convicts trained into military men. ‘Do Ankhen Barah Haath’ that portrayed the same story of jail convicts being transformed into good citizens, which released 10 long years before the release of ‘The Dirty Dozen’.