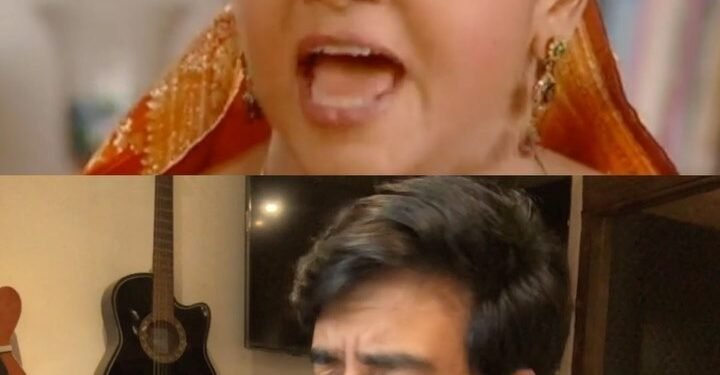 If you’re a 21st century’s born, there stands no point to question you whether “Gopi Bahu’s Laptop Washing Video” has ever ROLFED you down. Even if you have not seen the show, an instance from it has played a huge part in memes over the internet. Similarly, a video has started surfacing the internet in which Kokilaben is seen singing a rap while scolding Rashi and Gopi Bahu over a “Khali Cooker”. Yes! You heard it right! An Engineer and a Music Producer Yashraj Mukhate has made that happen. He gained popularity overnight with his one video that created a comic set where he converted a serious scene from the show “Sath Nibhana Sathiya” and added a musical spin rap to it.

Little did Yashraj Mukhate knew that his one video would become an anthem of laugh that will bring him to triple the followers within 24 hours on Instagram with millions of share on every social media platform.

“Made Kokila ben sing this time. I love doing harmonies, enjoyed this one a lot,” he wrote while sharing it on Instagram.

Even Union Minister Smriti Irani couldn’t control herself from sharing the video on her timeline. “Kya Se Kya Ho Gaya Dekhte Dekhte.” Mrs Irani wrote hilariously while sharing the clip. After she shares Mr Mukhate’s video, another million gets added to his fan following and his video started trending and doing rounds everywhere on the internet.