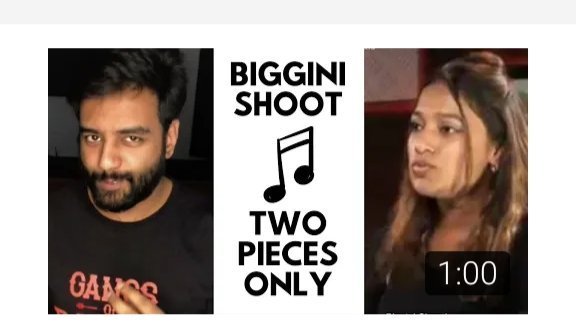 The “Rasode Mein Kaun Tha” song artist Yashraj Mukhate releases his fourth this week and the song is hilarious.  The man who became an overnight internet sensation by manipulating viral videos in a more amusing way has now completely transformed Bindas Channel’s Show “Emotional Atyachar” snippets to a song worth playing on loop.

Hosts Pravesh Rana is seen giving a sarcastic look and the name of the song is “Biggini Shoot- Two Pieces Only” with Yashraj’s flute play adding a melodious but funky environment to it. This song has his rap too this time, entertaining you till last.

Emotional Atyachar that aired on the channel Bindas was an extremely popular show back in 2010 with a total of 5 seasons in a row. A new innovative concept that the show gained limelight and trend was for the plot that it used to run on. It had people who doubted their partner’s loyalty and participated in a secretive experiment with crew members, during which their partner’s fidelity was tested with the introduction of another individual.

“And since our hearts are still in the Rasoda, you should totally check out the Official Rasode Mein Kuan Tha Collection In Collaboration with @BewakoofOfficial.” The caption continued.

Yashraj’s way of Entertaining the netizens have set a standard and his ideas that are beyond imaginations speak volumes of his talented mind. It would be great to keep an eye on this young social media sensation and an interesting wait to watch who turns up next in his videos.