“Blow-Up,” directed by Michelangelo Antonioni, a modern Italian master, his first English-speaking picture, a pivotal 1960s film, is at once an influential art film and a pop culture sensation, depicting swinging London like no other film before or since. Read along to know what we think of the movie.

by Yashasvi Singh
in Reviews, Hollywood
1 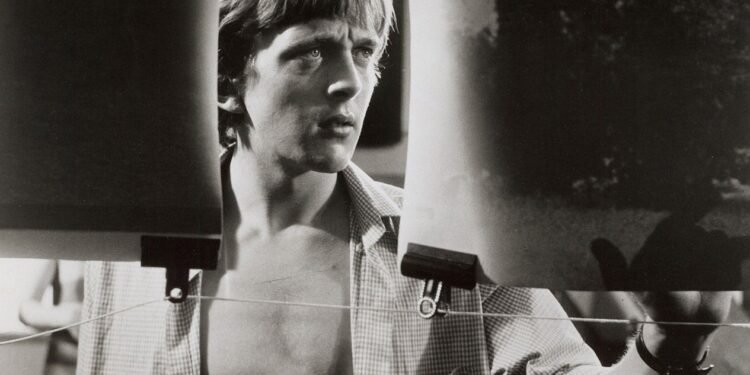 Consider taking a stroll down the park with your camera. You come across a couple. They appear to be intriguing. You snap a couple of shots. You return to your home. You examine the photographs. Suddenly, something in the image catches your eye. What exactly is it? You squint your eyes and itch your head.

What is it about this picture, what is it about it? Then you notice it. A man with a pistol peeps out of the bush behind the couple in the photo. Was he about to fire when you took the picture? Did you unwittingly prevent a murder from taking place?

There aren’t many murder mysteries that can explode out like Michelangelo Antonioni‘s Blow-Up (1966). I recall the screening at my university, with students packed in the AV room, jaw gaping, and our Professor smirking like a guy who has watched this film enthrall his students year after year. This was our Audio Visual class’s first film, and what a start it was.

In many ways, Blow-Up is a ground-breaking film; it is cinema at its most whimsical and self-reflective. It had an impact on postmodernist films (and also the 1983 Jaane Bhi Do Yaaron, where the park is named Antonioni Park). It’s euphoric, strange, existentialist, and irreverent. It was Antonioni’s debut English-language picture, and the whole thing is a master of deception.

It first fools you into thinking it’s a traditional murder mystery thanks to the protagonist’s personality. Thomas (David Hemmings), the fashion photographer who takes a shot of the man with the gun in the park by accident, is a natural follower of the potboiler hero cliche.

He is aggressively macho, confident, and arrogant; he continuously perceives women as things to shoot, and he believes, like all detectives, that his observation can solve the riddle. His worldview is characterized by a single feature: world disdain. Antonioni’s sexuality and his photography are inextricably linked.

If you look at the poster of the film closely, you would notice that Thomas and the girl are actually in a sex position.

But the complex murder mystery and the symbolism aren’t the only things this masterpiece has to offer. Blow-Up is a cinema on cinema. The word “blow-up,” which refers to a zooming-in on a frame, is used to describe cinematic components that are otherwise hidden from the audience. The camera moves from one frame to the next, then back to the first, in one of the film’s most iconic sequences, where Thomas blows up the photographs he took at the park.

Shot, reverse shot, and again reverse shot.  This is how movies are made, the film explains. This is the original narrative of cinema. The picture constantly reminds you of its place as a piece of cinema and a story. A few nameless characters – the mimes – appear at key points in the film, including the opening and closing sequences.

Miming is a disappearing art form; few of us recall seeing mimes with their faces painted white, sometimes with a black teardrop on their cheeks. They do not use language or objects; instead, they act out a situation. It’s a strikingly self-contained art form that doesn’t require any technology, language, or props.

This act only requires the presence of the performer and the audience. Characters like these frequently appear in movies to remind you that the picture is a work of fiction. To my delight, such performers from different art forms have begun to appear in mainstream Hindi cinema in recent years. Do you recall the Chhau dancers from Barfi (2012)? In Tamasha (2015), for example, there are random theatrical figures on the streets.

These personalities reaffirm cinema’s cinematic importance. They remind you that the actors are also entertainers as performers.  As I previously stated, Blow-Up is the original narrative of cinema. There’s photography, and then there’s shot/reverse-shot photography. Then there are the mimes, who are the performers. But what are the mimes’ additional functions?

After ten minutes, we discover that Thomas has made no changes. In this story, he is unimportant. Nothing has changed as a result of his pictures. If you believe this is a spoiler, think again. Nothing you anticipate seeing in the movie will happen, I guarantee it.

But, to return to the original point, what are the mimes’ functions? Thomas is reminded by the mimes that he is only a character in this story. It’s being written by someone else. He does not wield the power he believes he does. Thomas, like the mimes, puts on a show. This universe and its mysteries are intricately knit, far more so than any camera could reveal.

The photographer is a participant in this reality; he does not control how it unfolds. Blow-up is a carefully crafted insult to its protagonist, which is communicated by the mimes. The mystery always comes before the detective, because the detective is also a character in the story. Thomas, you’re just a showman. When you look at the big picture, you could realize how insignificant you are. For once, don’t blow up.

Watch These Amazing Films From Hindi Parallel Cinema, If You Haven't Already