Claustrophobia: An explainer on the phobia, it’s symptoms and treatment

by Neha
in Explainers, Healthcare, Lifestyle
0 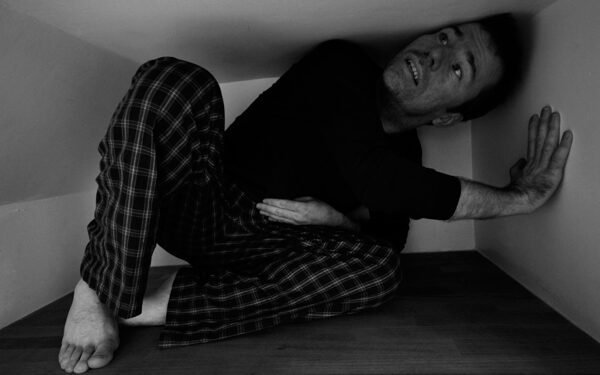 A phobia is a persistent, uncontrolled, unrealistic fear of anything it can be an object, person, animal, an activity, or any kind of situation. It is basically an anxiety disorder. A person having some kind of phobia either tries to avoid things that trigger the fear or experience it with great anxiety and sorrow. Some phobias are quite specific and limited. For example; a person may fear only from birds (ornithophobia) or even an onion (Alliumphobia). While some phobias cause distress in a wider variety of places or situations. For example, fear of confined space (Claustrophobia), etc. People with these phobias may need to adjust their lives drastically.

Claustrophobia:
If you feel scared of tight spaces, scared of being trapped or feel suffocated in an elevator, you may have claustrophobia. It is a form of anxiety disorder. Claustrophobia is described as an irrational fear of compact spaces and of having no way to escape from there; the anxiety of being trapped without being able to get out can actually lead to a nervousness or panic attack. This feeling can be triggered by entering an elevator, a compact place, a windowless room, or even an aeroplane. Wearing tight neck t-shirts may also cause feelings of claustrophobia to some individuals.

Causes:
In an interview by psycom.net to Dr Bernard Vittone (Washington, DC), “Claustrophobia can occur because of panic attacks caused by an imbalance of neurotransmitters in the brain. A person may get a panic attack frequently out of the blue. The panic centre in the brain goes off even though there is nothing to be panicked about. The person gets shaky, dizzy, and can feel like they might die, go crazy, or lose self-control.”
Circumstances that can have this effect may involve:
● being stuck or kept in a small/tight place, may by accident or on purpose.
● being exploited or bullied as a child.
● getting separated from family or friends in a crowded area.
● having a parent who suffers from claustrophobia.

Symptoms:
An important thing that should be noted that the list of symptoms is not limited as claustrophobia affects different people differently. These symptoms can be mild or even severe depending upon the triggers, fears of running out of oxygen, not being able to breathe properly, and the anxiety of being constricted.
When the anxiety levels reach a certain extent, the person may start to experience:
● dizziness, fainting, and lightheadedness.
● accelerated heart rate and high blood pressure.
● dry mouth.
● hyperventilation, or “over-breathing”.
● sweating and chills.
● confusion or disorientation.
● nausea.
These symptoms necessarily aren’t about the small spaces, but the anxiety of what can happen to the person if he/she is restricted to that certain area. This is one of the reasons why the person feels running out of oxygen.
Efforts that an individual should make:
● Be honest with yourself and your loved ones: Don’t be embarrassed about your claustrophobia. You might find better ways to tackle it.
● Get help: Don’t feel ashamed, consult a counsellor who can treat claustrophobia. It is a common and completely medicable phobia, so the sooner you get help, the better you will be.
● Read about claustrophobia: Reading is a great habit therefore the more you read about claustrophobia or any kind of phobia the more you will able to get through it. And, lastly never lose hope.
While consulting a counsellor or a psychologist they may recommend some treatments like; Cognitive behavioural therapy (CBT), Relaxation & visualization exercises. With proper treatment and medication, it is possible to overcome claustrophobia.

As mentioned in a research paper ‘Journal of Medical Science and Sensors’ about Claustrophobia game, Different methods have been proposed for the treatment of different phobias that one of the successes of methods which were introduced in 2018, to applying virtual reality (VR) technology and simulating computer-generated environment. In the Claustrophobia Game project, two closed spaces, including an elevator and a magnetic resonance imaging (MRI) device, was designed and implemented in the form of a VR computer game. To design this game, environments and scenarios of the game were prepared in collaboration with a psychiatrist expert.

While in many countries including India, claustrophobia, or any kind of phobia isn’t taken seriously, due to this anxiety disorder leads to further worsening of conditions in mental health, depression, etc. It is high time we realize this situation and help each other to fight back there problems.