Controversy Queen again highlighted as she compared Mumbai with POK 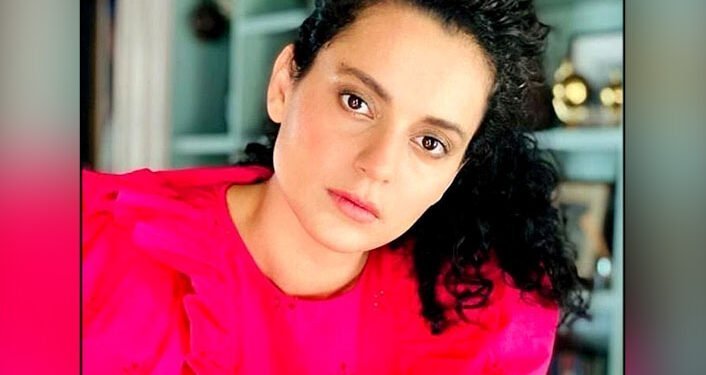 Bollywood actor Kangana Ranaut is at the centre of a controversy for equating Mumbai with ‘Pakistan Occupied Kashmir’ in a tweet on Thursday.  In a tweet she said “Sanjay Raut Shiv Sena leader has given me an open threat and asked me not to come back to Mumbai, after Aazadi graffiti in Mumbai streets and now open threats, why is Mumbai feeling like Pakistan occupied Kashmir?”

Controversy queen again became highlighted due to this tweet of her but this time she evoked a strong reaction from other Bollywood and marathi Actors like Tapsee Pannu , Urmila Rathode and many more. On Friday, some senior ministers in the Uddhav Thackeray cabinet, including Maharashtra home minister Anil Deshmukh, criticised the tweets, alleging that she was doing the BJP’s bidding.

Mumbai meri Jaan 🙏🏻 lived and worked here for almost twenty years. Moved here to live on my own at age 19. This city embraced me with open arms and kept me safe. A cosmopolitan, inclusive, diverse, beautiful city.

“The common public of Maharashtra will never forgive those who are insulting Chhatrapati Shivaji Maharaj’s Maharashtra using someone like Kangana. The people of Maharashtra know who has hatched this plot to defame Mumbai police and Maharashtra with an eye on the Bihar election. Those who were hatching conspiracies against the MVA government, are now doing the same against Marathi Manus and Maharashtra,” Maharashtra revenue minister and state Congress president Balasaheb Thorat tweeted on Friday.

But Kangna didn’t seem to step back from her statement as always. In a tweet series she explained the seriousness of the issue to the public , claiming that she was getting threat calls, many people are asking her not to come to Mumbai. “I have decided to travel to Mumbai this coming week on 9 September and I will post the time when I land at Mumbai airport,” she tweeted, daring anyone to stop her.

Senior Shiv Sena leader Sanjay Raut added fuel to the fire by connecting the issue with politics claming that his party would “teach a lesson” to people like Ranaut. “Mumbai belongs to Marathi manoos…those who don’t accept this will be shown thier place… Shiv Sena will teach a lesson to the enemies of  Maharashtra,” tweeted Raut.