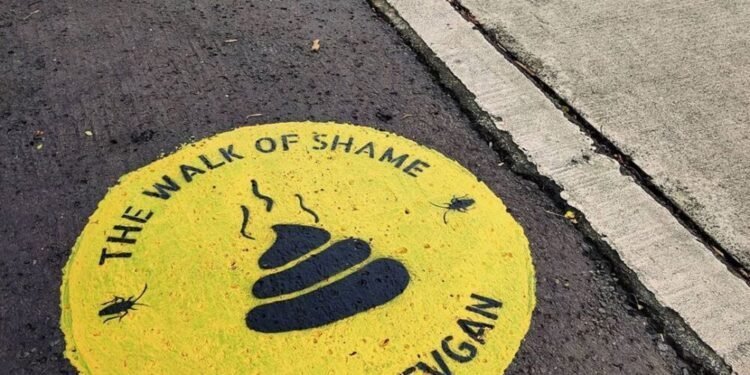 Another Indian journalist, Amish Devgan has made it to the list of the most flagrant personality to be painted on the ‘Walk of Shame’ in Malad, Mumbai. He is known for his debate show ‘Aar-Paar’ which airs on News18 India every day.

Amish Devgan often stays in headlines for his provocative and inflammatory style of hosting in the news TV debate show ‘Aar-Paar’. In recent times multiple First Information Reports (FIR) have been lodged against the journalist for his intentional and malicious acts that intended to outrage religious feelings of any group by insulting religious beliefs and promoting enmity between different groups on various grounds. Though, the TV news anchor comes up with apologies seeing the matter getting heated.

For instance, while hosting a debate on June 15 on PILs regarding the Place of Worship Special Provision Act on his show, the journalist had called Sufi saint Khwaja Moinuddin Chishti, better known as Khwaja Gharib Nawaz, an “attacker” and “looter”.
Subsequent that, various police complaints and FIRs were registered against the journalist across the country.
However, Amish Devgan apologised via twitter followed by the channel carrying a video clarification featuring the journalist.

In 1 of my debates,I inadvertently referred to ‘Khilji’ as Chishti. I sincerely apologise for this grave error and the anguish it may hv caused to followers of the Sufi saint Moinuddin Chishti, whom I revere. I have in the past sought blessings at his dargah.I regret this error

Amish Devgan’s way of conducting the news debate show and targeting a certain community could be the reason for him being the most voted next public personality to be painted on the Walk of Shame.

Also read, Bollywood follows the Indian journalists on the Walk of shame as Kangana Ranaut joins the list

Also read, Arnab’s popularity leads him to the Walk of Shame

Esports as a lucrative career option in India: Government To Offer Jobs In Online Gaming

Esports as a lucrative career option in India: Government To Offer Jobs In Online Gaming